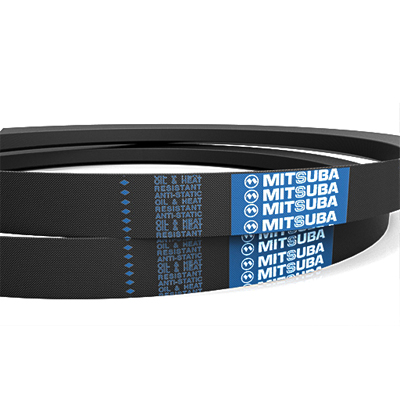 Get Quality Mitsuba Belts in UAE

In this super-competitive market, some forget that people need quality over quantity. It’s a

perfect solution. Quality always wins over quantity. And at Shibam, we work unremittingly to

bring you the best quality Mitsuba belts in UAE.

Speaking of best quality products, we are more than proud to announce that we have

teamed up with Mitsuba to serve you top-notch V-belts, automotive belts, etc. And just like

our relation with Gates , Mitsuba products in the entire Gulf region will be available with us

A little about Mitsuba: It’s one of the global leaders in supplying automotive, industrial and

automotive belts and has a total valuation of around 3 Million US Dollars. It’s head office is

based in Thailand, but they do ship to other countries as well, and their most recent

association is with us being the sole distributors of their belts in the GCC. Its wide range of

poly-v belts, banded clogged belts, and scooter belts. And the best part is that all of them

have longer life spans as compared to other manufacturers.

resistant. The mold cog provides a superior grip on pulleys and ultimately the belt lasts

longer. For those who don’t know, Classical Raw Edge Belts are usually used in pulleys.

takes in less stress during its function. The MITSUBA timing belt is for maintenance-free

product we host. Literally, we host an extensively wide range of products from Mitsuba itself, let

alone other brands. Once again, Shibam is the one stop shop for all your belt requirements. Chat